You can see An example by clicking button, That how we create 30 schedule holiday posts for all of next year.

Please send The required Details , That can be integrated to the Post

This Is A Custom Widget

This Sliding Bar can be switched on or off in theme options, and can take any widget you throw at it or even fill it with your custom HTML Code. Its perfect for grabbing the attention of your viewers. Choose between 1, 2, 3 or 4 columns, set the background color, widget divider color, activate transparency, a top border or fully disable it on desktop and mobile.
Toggle SlidingBar Area

Technology has made huge advances in recent years, with social media being more prominent than ever. Facebook has made many changes. What was once populated by text information and website links, images are now the large percentage of posts. Facebook has also given users the ability to personalize and design with a cover photo and changes to the profile picture interface. While the site is not quite as photo-advanced as Google+, it is constantly changing and updating.

Educating yourself on the different photo sizes can be somewhat confusing upon first glance. There is a different size image for every photo option which includes your profile picture, cover photo, and timeline pictures. There are also constant updates and quirks that Facebook adds, so learning the basics is vital to understanding the site.

An exciting addition to Facebook a few years prior was the cover photo option. Users asked and Facebook listened, giving members the ability to personalize their content. The cover photo is a large panoramic photo that appears at the top of your page. It is separate from your profile picture, which is much smaller. The cover photo is public, meaning that users who are not your “friend” can see your photo.

The size requirement for the cover photo is at least 851 pixels wide by 315 pixels tall. If you upload an image that is smaller than these requirements, then it will be stretched to fit. Many Facebook users create a photo collage in a separate editing software and crop it to size so that they can display different pictures at once.

For a visual idea of the requirements, refer to the photo below:

After a recent Facebook update, the profile picture is now somewhat small, and is located at the bottom left of the cover photo. 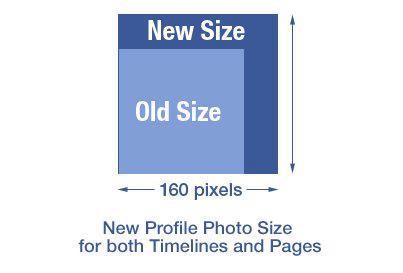 The image that you upload is required to be at most 180 pixels by 180 pixels. The actual photo will display as 160 pixels by 160 pixels. There is also a thin white border that Facebook automatically places around your photo, which is not removeable.

If you are uploading a shared image on your timeline, a pixel limit of 1200 by 1200 is recommended.This ensures that the viewer can see the entire photo without it being cropped incorrectly.

There are different levels of social etiquette when Facebook is involved. If you have a personal page, then Facebook looks negatively at anyone who steals another person’s photos and information to use as their own. This can lead to copyright infringement charges and privacy violations. If you want others to see an interesting photo that you found on another Facebook page, use the “share” option that credits the original owner but still places the photo on your timeline for your viewers. 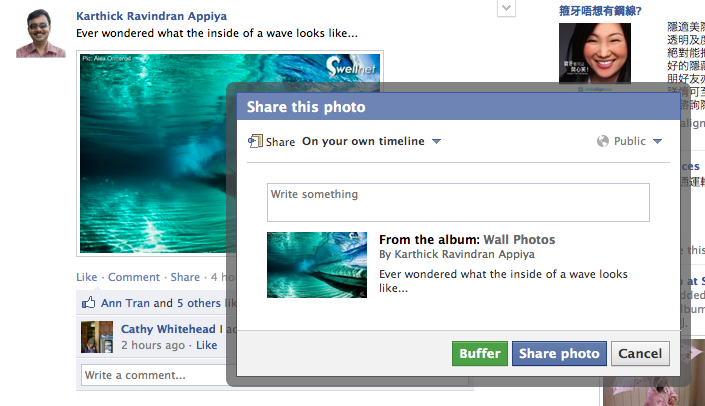 If you are a business owner with a Facebook page dedicated to your company, the policy guidelines are much more detailed. While many of the rules are self explanatory, any advertising published on Facebook has to be a clear picture of what the company is offering. It cannot contain any adult or illegal content. The ad picture can also not flash or expand when the user clicks on it, or show false misinterpretations such as “endorsed by Facebook”.

The rules and guidelines, as well as the overall graphic design qualifications of Facebook are expected to change as years progress. This is due to the expansion of technology advancement. However, by educating yourself about the basics of the social media platform you will be as educated as the experts.